The morning commute took a dangerous turn today for one driver headed to work.

The driver of a P-T Cruiser was headed down Interstate 37 toward downtown when he says his left rear tire came off. 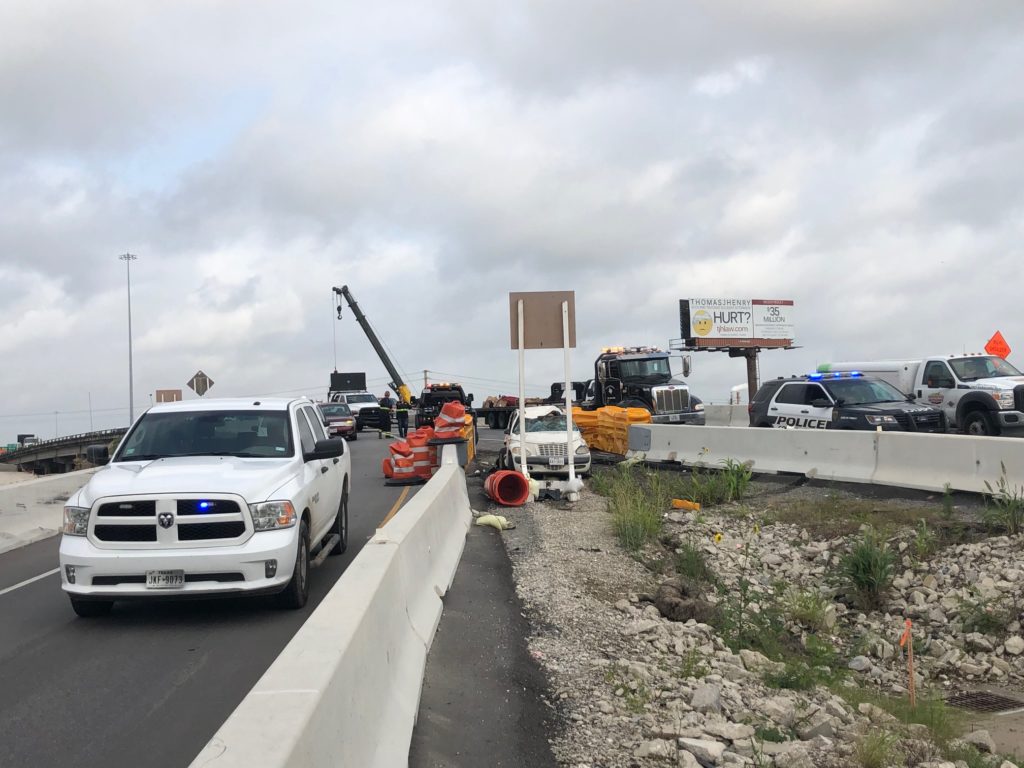 The P-T Cruiser skidded out of control and slid sideways into a concrete median near Port.

The car flipped over but the driver wasn’t seriously hurt.

Police have some advice for those who drive up on the scene of an accident.

“Slow down, if you slow down, you won’t have any problems,” Corpus Christi police officer Richard Olden said. “You’ll be able to react to whatever is going on around you. Slow down, there’s even a sign back there that tells you to slow down.”

The driver of the P-T Cruiser was ticketed for driving with expired plates and expired insurance.