Flames forced a couple out of their home in southwest Corpus Christi late last night. 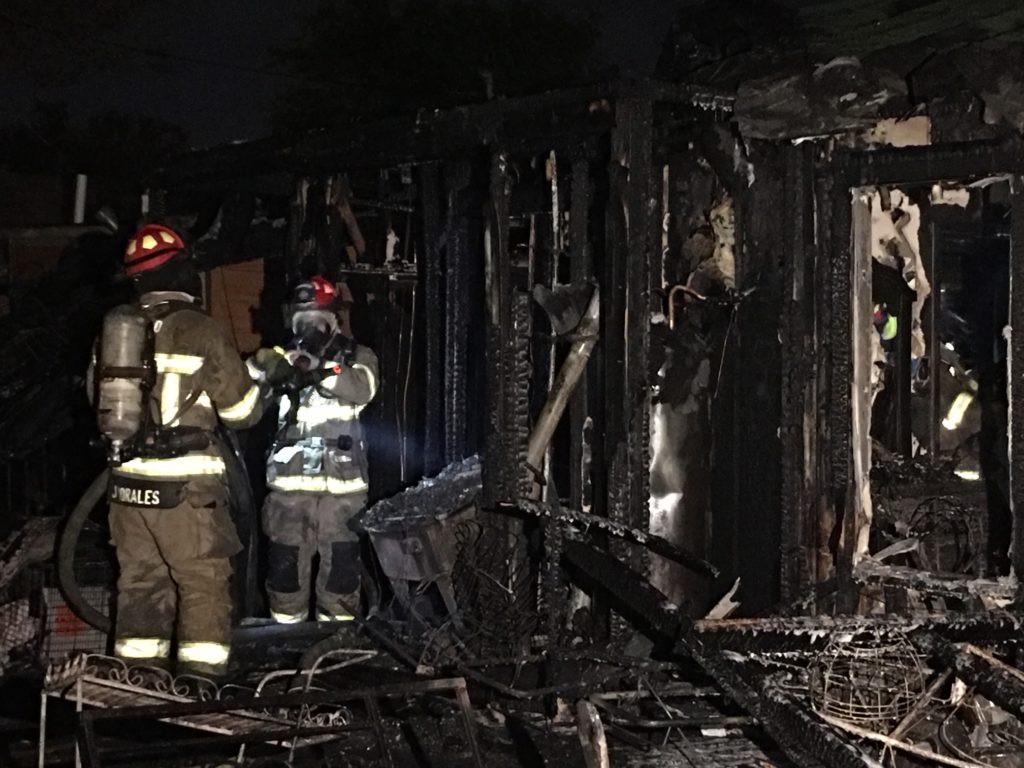 Corpus Christi Fire Department crews got the call around midnight for a house fire in the 1300 block of Sabinas Street. 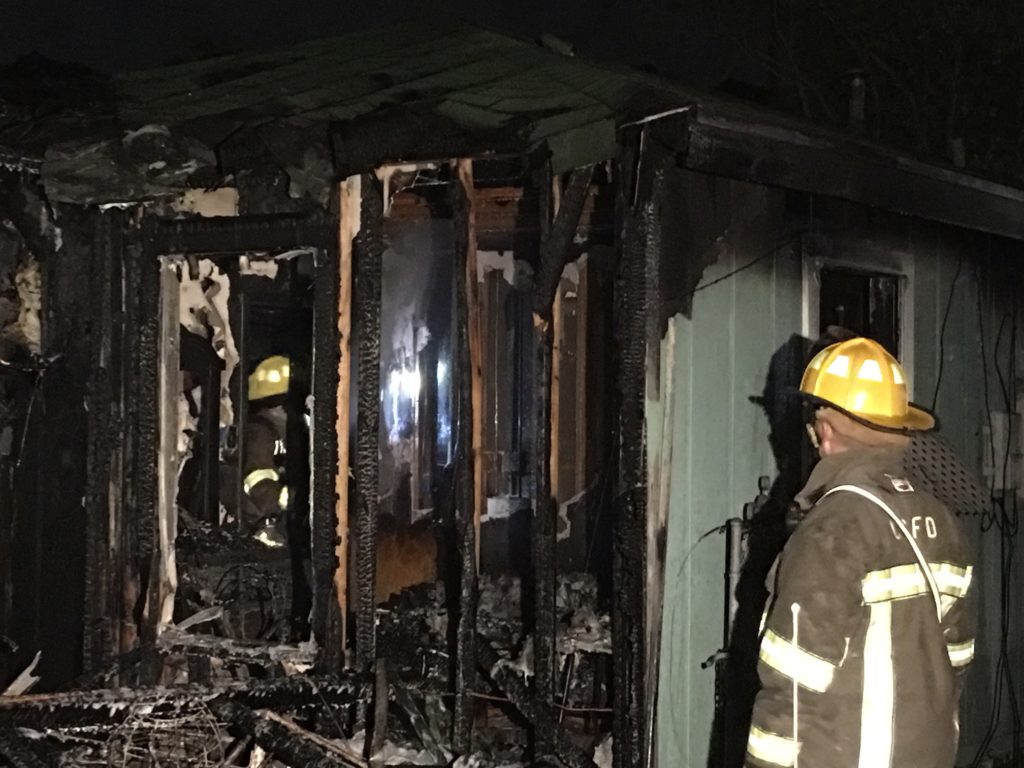 They could see massive flames coming from the structure as they approached the scene. 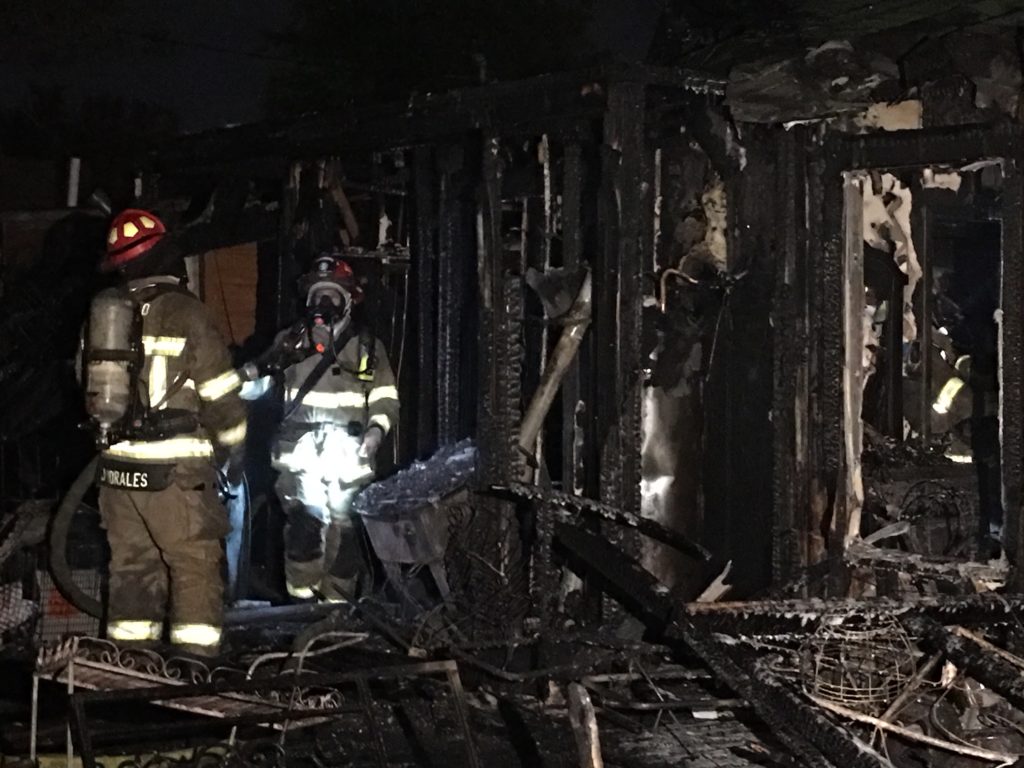 Firefighters feared the worst because of the size of the fire. 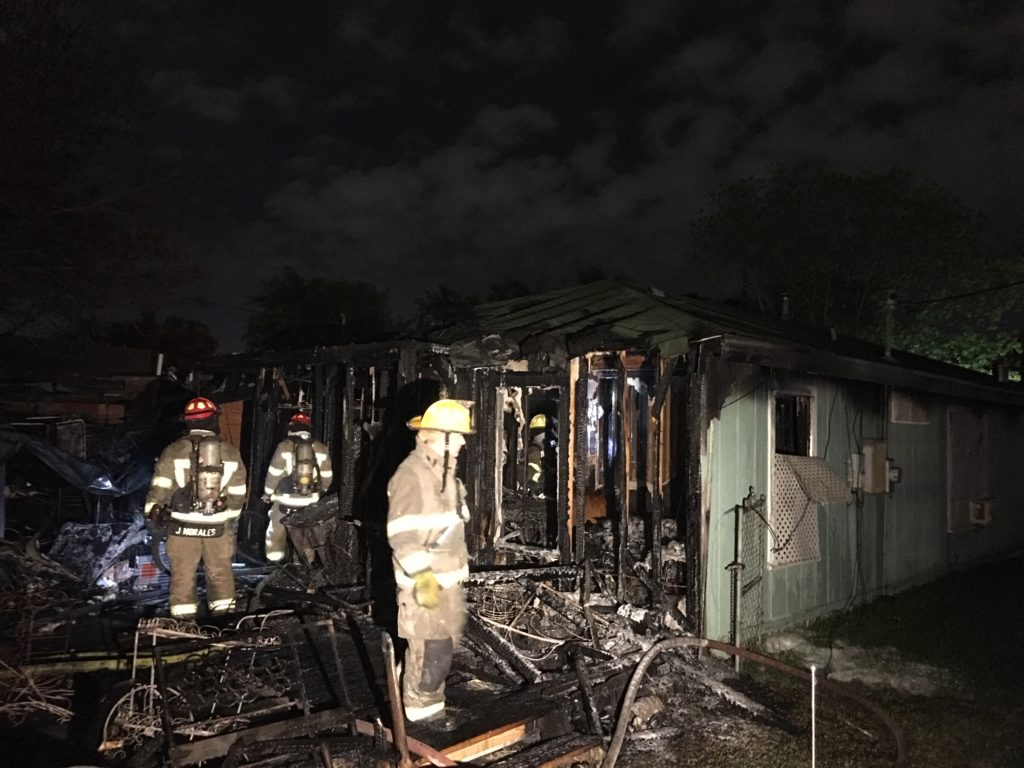 “You could see it over the tops of the house, it actually looked like a couple of houses were involved when we first got here,” Corpus Christi Fire Department Battalion Chief Robin McGill said. “So some of the set up that we had was trying to figure out how many structures were involved, it ended up being one.” 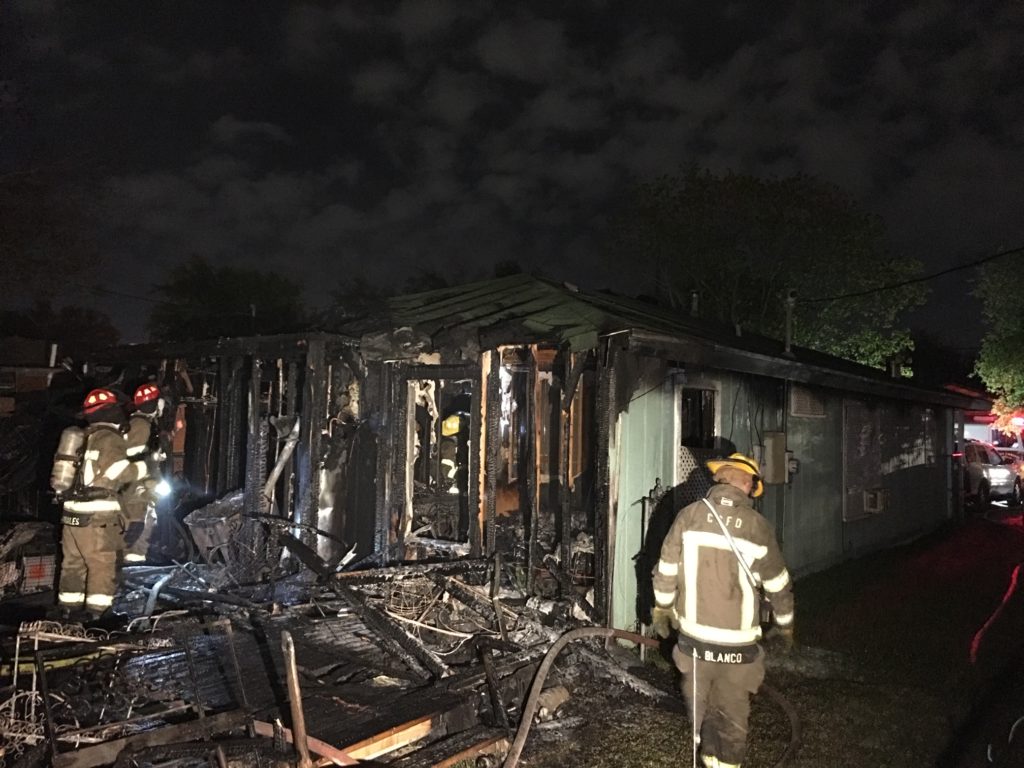 The couple that lives there got out safely thanks to a neighbor who woke them up.

Their home was gutted and they also lost two of their dogs to the fire.

It is believed to have started on a back patio.

The family had lived it that home for 26 years.